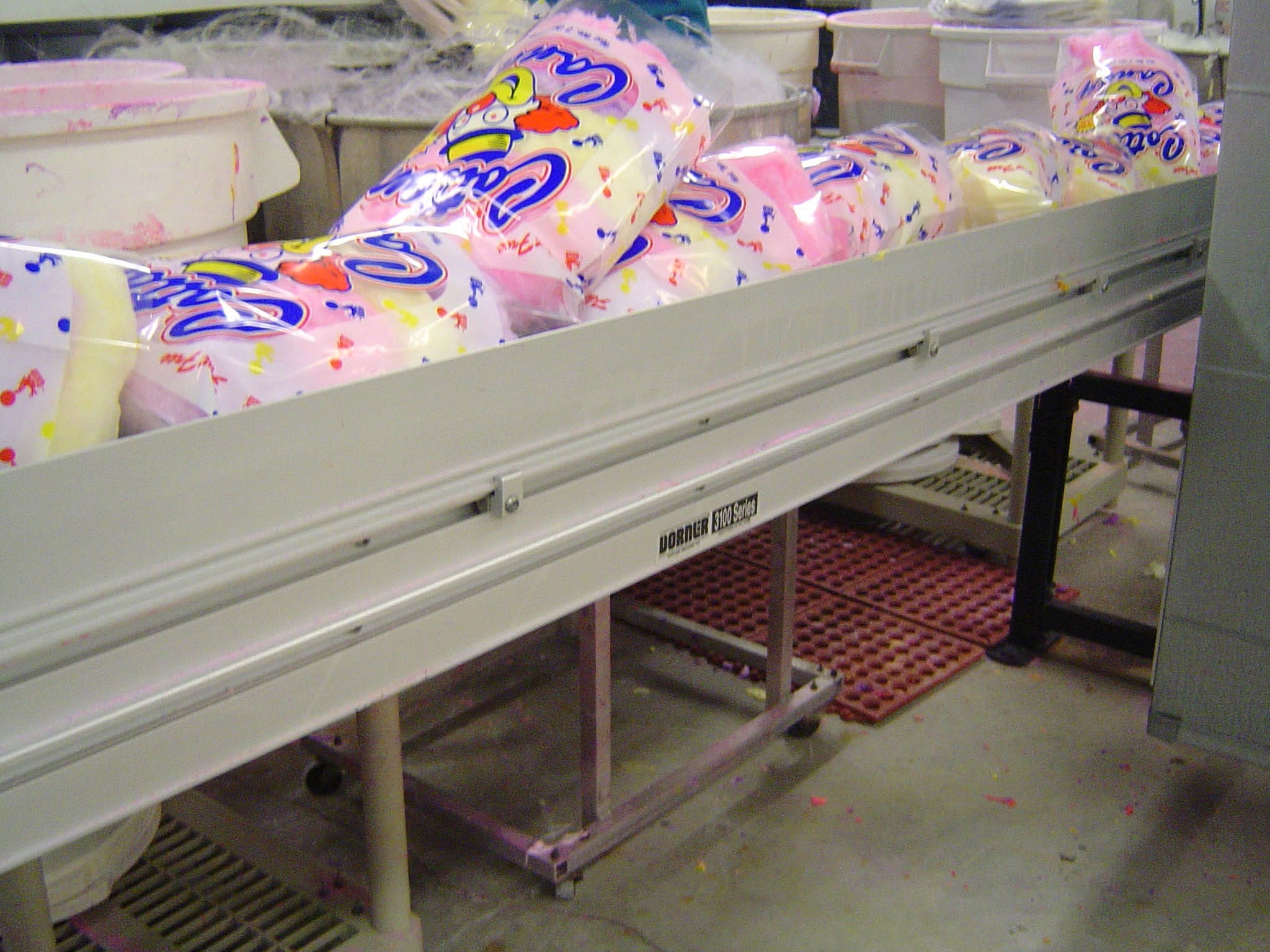 Since opening its doors for business in 1992, Country Fair Confections has found a steadily growing fan base for its cotton candy, cheese corn and caramel corn. Today the confections manufacturer has grown and now sells its products in more than 40 states.

But getting its confections out to those 40 states was becoming a problem. At issue for Country Fair Confections was a conveyor system

“We were using a regular conveyor line, but it wasn’t a true food-grade conveyor,” said Lee Washington, president of Country Fair Confections. “It had a food (grade) belt on it, but we were dealing with rust and lots of maintenance issues.”

These conveyors were used in the final stages of production in packaging cotton candy. Employees would twirl cotton candy onto the cardboard center, and when the right size was achieved, place a clear plastic bag over the candy. The packaged cotton candy was then placed onto the conveyors, which moved it into a separate room where it was readied for shipment. that wasn’t able to handle the daily rigors of a sanitary environment.

Described as a large, bulky, steel conveyor, the system continually broke down more often than a conveyor should. Washington looked to Hartland, Wis.-based Dorner Mfg. Corp. for its 3100 Series conveyors as a replacement.

“Our old system didn’t have the unique parts and design that Dorner had,” Washington said. “So when we sat down with Dorner and looked at their design I was very easily able to justify the increased cost for a better maintenance-free conveyor — and that has definitely proved to be the case.”

The 3200 Series comes with V-guide tracking which eliminates any lateral movement of the conveyor’s belt. Both series come in widths between 3.75 and 48 inches, and lengths from four to 99 feet. The three 3100 Series conveyors Country Fair Confections uses are 12 inches wide by 20 feet. A fourth Dorner conveyor, a six-foot long 6100 Series, is also working at Country Fair Confections, moving popcorn from the popper to a processing station.

“Dorner’s conveyors are more user friendly,” Washington said. “They’re easier to make adjustments to make any needed repairs. Things are just a lot easier with them.”

Although the sticky hands may remain, Country Fair Confections’ tricky and sticky issues with its conveyor system are a thing of the past.


Top
As a supplier to essential businesses, we are open and manufacturing conveyors to support the fight against COVID-19LEARN MORE
+